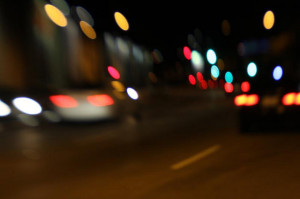 If you have had a few drinks but still think you’re safe to drive, make sure that you make your first priority to do so safely. Don’t allow distractions like texting, talking on the phone, or engaging other passengers in your vehicle to take away from your first priority of driving safely. With additional patrols, officers will be specifically looking for distracted drivers and erratic driving.

Remember that anything that attracts the attention of police is likely going to get you pulled over. Make sure that your headlights, taillights, turn signals, and brake lights are all functioning normally. Do not drive a vehicle with an expired registration, as this will definitely trigger a stop.

If you are pulled over for a suspected DUI, however, there are several points you need to remember to ensure that your rights are protected. First, know that you are being closely observed by police. Even though you are not yet under arrest, anything you say or do can and will be used against you. Understand that audio and video of the stop is likely being recorded. Ask that it be recorded, since it may help you later. Be polite and courteous, but not boisterous or energetic. This can be construed as a sign of alcohol intoxication.

Officers will likely ask you several questions. Avoid answering them, but do so politely. Tell the police that you want to cooperate, but do not want to answer any questions. The less you say to them, the less they will have to use against you later.

It is likely you will be asked to perform some Field Sobriety Tests (FSTs). Politely refuse to take them. You are not legally required to do so. You are, however, required to submit to a breath or blood test to determine your blood alcohol concentration (BAC). You should NOT refuse this test because doing so will cause the automatic suspension of your driver’s license for an entire year, 48 hours in jail for a first-time refusal, and they will force a blood draw to determine your BAC anyway.

You should choose the blood test, even if you don’t like needles. A blood test ensures that a testable sample remains in the lab. Breath tests, on the other hand, leave no sample that can be independently tested later. In addition, breath tests are not as reliable as blood tests, despite calibration.

For more information on the Dos and Don’ts of a DUI stop, see our earlier blog on this topic located here.

If you or someone you love is arrested for DUI, call Orange County criminal lawyer Staycie R. Sena immediately for a free consultation at (949) 477-8088.