A Florida woman was arrested after she was reportedly caught exposing her breasts during a video visit with her incarcerated boyfriend.

38-year-old Danielle Ferrero lives in Punta Gorda, Florida. She has an extensive rap sheet for a variety of criminal offenses. She was recently convicted of a felony for stealing packages off of people’s porches, and she is currently serving three years of probation.

The woman’s boyfriend, 25-year-old Cody Thomas, is currently serving a month-long sentence at the Charlotte County jail. The facility is located approximately 10 minutes from Ferrero’s apartment.

END_OF_DOCUMENT_TOKEN_TO_BE_REPLACED

When the stepchildren of a woman who had taken her top off at home walked in and saw her breasts she was charged for lewdness, and she may be forced to register as a sex offender.

Sometime between late 2017 and early 2019, 27-year-old Tilli Buchanan and her husband were making home improvements and installing drywall in their Utah residence.

When they began to itch from the materials they were working with the couple reportedly removed their shirts to try to get rid of the source of the irritation.

END_OF_DOCUMENT_TOKEN_TO_BE_REPLACED

When an employee discovered a hidden camera recording her while she expressed breast milk at work the woman alleged that the owner of the firm was responsible for the secretly obtained footage.

On December 18, 32-year-old Jessica Clark went to a room in the firm where she works as an architect that she believed was private so she could pump breast milk. She allegedly saw an attaché case placed in a chair beside her. When she looked a bit closer at the briefcase Clark reportedly discovered what she believed was a pen attached to the bag.

Instead of the assumed writing instrument of which it held the appearance, Clark said she found that it was actually a USB style spy camera.

END_OF_DOCUMENT_TOKEN_TO_BE_REPLACED

A teenager who was allegedly under the influence of LSD while at school is facing charges after being accused of handling the breasts of three employees and trying to choke a nurse at the hospital with her stethoscope.

On January 16, a student at Liberty High School in Ohio allegedly began acting in inappropriate ways when he reportedly earnestly grabbed the breasts of a woman who works at the school as a teacher.

The school’s resource officer reported that he heard what sounded like a female yelling and he quickly made his way to the area in which he heard the ruckus.

END_OF_DOCUMENT_TOKEN_TO_BE_REPLACED

A former beauty pageant winner who has recently been working as a middle school teacher has been accused of sending illicit photographs of herself to one of the boys who used to be in her class.

Ramsey Carpenter Bearse won the title of Miss Kentucky in the Miss America state pageant in 2014.

The now 28-year-old Bearse has more recently been employed as an instructor at Andrew Jackson Middle School in Cross Lanes, West Virginia.

END_OF_DOCUMENT_TOKEN_TO_BE_REPLACED

An elderly woman was taken into custody when she was allegedly seen topless while drinking from a box of wine in public just after sunrise.

81-year-old Mary Ellen Stewart of Kenneth City was sitting on a bench on the premises of a St. Petersburg hospital just after 7:30 am on Thursday when some of the staff members reportedly witnessed her drinking from a box of wine without a shirt on, leaving her breasts exposed to the public.

Law enforcement arrived at the location and when they spotted Stewart they reported that she was not wearing anything to cover her top half. Additionally, they allegedly saw her holding a box of Sunset Blush wine above her head and drinking the contents straight from the attached spout.

END_OF_DOCUMENT_TOKEN_TO_BE_REPLACED

A woman came forward alleging that the Catholic priest who performed her confessions throughout her childhood had abused her sexually beginning when she was 8 and continuing over several years.

68-year-old Miguel Luna served as a priest in 12 Catholic churches throughout El Paso, Texas, since he was ordained in 1982. Although Luna has not served as a clergyman since his position was taken in 2013, he has been accused of sexually abusing an 8-year-old girl who took confession from him for many years during the time that he was a priest.

A woman who is now 34-years-old came forward with the claim in 2016 and named Luna as her abuser when she reported that she had been victimized as a child while she was attending the Catholic Church that Luna was serving. The woman also was said to have acted as an altar person during masses during the time that she was a young parishioner.

END_OF_DOCUMENT_TOKEN_TO_BE_REPLACED 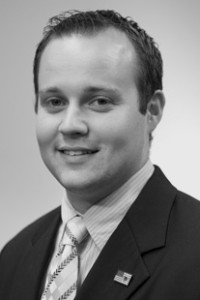