A mother allegedly involved in drug trafficking has been accused of enlisting her two daughters to make sales.

34-year-old Suleyka Santiago lives with her children in Norristown, Pennsylvania. Her boyfriend, who was implicated in a drug trafficking operation, was incarcerated in October.

In June, a confidential informant (CI) let the Montgomery County Detectives Narcotics Enforcement Team know that they suspected Santiago had stepped in for her boyfriend in the drug trafficking ring.

END_OF_DOCUMENT_TOKEN_TO_BE_REPLACED

In an incident that was believed to have occurred last week, 18-year-old Armando Flores was in the bathroom at Braden River High School where he is enrolled as a student.

END_OF_DOCUMENT_TOKEN_TO_BE_REPLACED

On Friday morning the freshman wide receiver for the Washington State University Cougars football team was arrested on suspicion of a baby DUI charge.

19-year-old Rodrick Fisher was seen by an officer while he was allegedly driving the wrong direction on a one-way street just before 12:30 am on August 24.

The officer pulled Fisher over and performed breathalyzer tests to determine his blood alcohol content. The first reportedly yielded a result of .076 percent, and the second displayed .078 percent.

END_OF_DOCUMENT_TOKEN_TO_BE_REPLACED

A mother who had left her three children unattended at home for a time is facing charges after the authorities discovered the kids outdoors and allegedly very intoxicated.

On Monday, April 30, three young children from Gastonia, NC, were allegedly left at home alone while their mother went out. During their time without a responsible adult in charge, the juveniles reportedly discovered a bottle of Grey Goose vodka and decided to help themselves to the contents.

After allegedly consuming enough of the alcohol to result in what authorities reported as a “heavily intoxicated” state, the children left the home and wandered outside. While outdoors the eldest child, a 7-year-old girl, had defecated and then proceeded to pretend she was engaging in sexual behavior with one of her younger brothers. She additionally was said to have made an attempt to get into a laundry room and smashed the protective glass encasing a fire extinguisher in order to obtain the device.

END_OF_DOCUMENT_TOKEN_TO_BE_REPLACED

A Crawfordsville, Indiana man is facing charges after two separate incidents were reported from two teenage girls who have accused him of sexually assaulting them.

In early February a 16-year-old girl confided in her father and shared information with him about how she was the alleged victim of a sexual assault that took place over the summertime in 2015.

The young woman explained to her dad that she and her sister accompanied the accused and one of his friends on a visit to his home so they could all watch a movie together. She said that while viewing the film she had been sexually assaulted by the man that she identified as Zachary W. Grater, who is now 22-years-old. She explained that she didn’t feel comfortable coming forward about the occurrence sooner because she was afraid that had they become aware, she would have suffered from her school peers treating her badly.

END_OF_DOCUMENT_TOKEN_TO_BE_REPLACED 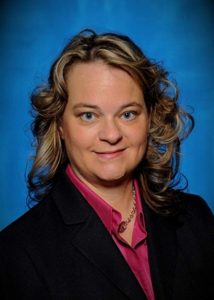 END_OF_DOCUMENT_TOKEN_TO_BE_REPLACED

A man in Pennsylvania was charged with sexual assault, aggravated indecent assault, indecent assault, corruption of minors and unlawful contact with a minor after he allegedly fathered two children with a teen-aged girl who was given to him as a gift by her parents.

12 girls were allegedly found living in 51-year old Lee Kaplan’s home. Their ages ranged from 6 months to 18 years old. Police claim that the 18-year old was the mother of a 3-year old and a 6-month old child.

The girl’s father, Daniel Stoltzfus, is reported to have told officers that he and his wife Savilla, gave their daughter as a gift to Kaplan for helping them out of a “financial ruin” after “researching the legality of it on the internet.” According to police, Stoltzfus’ daughter was 14 when she got pregnant the first time and he was aware of her pregnancy.