An attorney in Southern Oregon is facing charges for allegedly paying a woman for sexual favors.

32-year-old Devin Norwood Driver has been a lawyer since 2016. According to their website, he is currently an attorney at the firm Davis, Freudenberg, Day & Driver in Grants Pass, Oregon.

Rogue Area Drug Enforcement detectives have recently been investigating drug crimes that they believe are taking place at a Motel 6 in the area.

END_OF_DOCUMENT_TOKEN_TO_BE_REPLACED

A Phoenix mother who was found by police nearly two weeks after family members reported that she and her three-year-old son were missing has been accused of child abuse. She denies the allegations and is seeking a lawyer to help defend her innocence.

When law enforcement located Taquila Wilson and her son they noticed he had several blemishes on his body that they believed were injuries. Wilson was questioned about the marks, and she told police that her child suffers from a skin disease.

Officers also believed the toddler suffered from “Cauliflower Ear,” which is often caused by physical trauma. Medical staff at Phoenix Children’s Hospital examined the child and they agreed with the police’s initial assessment.

END_OF_DOCUMENT_TOKEN_TO_BE_REPLACED

A California woman, Denise Huskins, described the “hell that we have survived” to her abductor, who was sentenced to 40 years in prison. The police originally dismissed this case as a hoax because it was so elaborate and downright bizarre.

Huskins was held for two days, after being kidnapped and sexually assaulted by the abductor, which she describes as physical and psychological torture. The disbarred lawyer, Matthew Muller, reportedly snatched her from her home in San Francisco two years ago.

“I still have nightmares every night,” she said, fighting back tears. “Sleep is not rest for me; it is a trigger.” Her boyfriend was bound and drugged during the kidnapping. He said “he can not and will not ever be the same.” U.S. District Judge Troy Nunley called the abduction a “heinous, atrocious, horrible crime” as he sentenced 39 year-old Muller. Muller faced up to life in prison, but prosecutors agreed to 40 years in exchange for his guilty plea. Muller’s lawyer wanted a 30 year sentence arguing that Muller had manic depression and could be rehabilitated with proper treatment.

END_OF_DOCUMENT_TOKEN_TO_BE_REPLACED 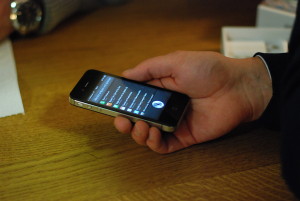 END_OF_DOCUMENT_TOKEN_TO_BE_REPLACED

Kerry Kennedy, daughter of late senator Robert F. Kennedy, was acquitted of charges of driving while intoxicated (similar to California’s DUI charges) earlier this morning in a New York courtroom. Jurors spent just over an hour deliberating the facts before delivering their verdict.

Kennedy was found collapsed over the steering wheel of her vehicle after swerving and sideswiping a tractor-trailer on a New York interstate highway back in July, 2012.

END_OF_DOCUMENT_TOKEN_TO_BE_REPLACED

What to do when Social Services has been called—

You and your husband were arguing the other night. Neighbors called the police. The police told you that they had to arrest one of you and he chose you. You’ve bailed out of jail, you’ve contacted an experienced Orange County domestic violence or criminal defense attorney,  you are prepared for court and then you come home and there it is out of left field- a business card left on your door from the Department of Child and Family Services with a note that you must call a social worker. You call as instructed and are told that “your social worker” needs to investigate “your case.”

END_OF_DOCUMENT_TOKEN_TO_BE_REPLACED

In an earlier post, I detailed an example of a lawyer who got herself into some trouble in an incident involving alcohol, police, and a whole bunch of negative publicity. That fiasco was the result of a series of poor decisions regarding her personal life that unfortunately affected her professional career. But certainly any attorney—or even a judge, for that matter—would never allow a lapse of professional conduct in the courtroom to jeopardize his or her career, right?

Prosecutors, district attorneys, and judges like to be viewed as “tough on crime.” In the case of judges, that’s how many of them get elected to their positions. Although many are objective, fair, and just in their rulings, there are some who secretly challenge the “innocent until proven guilty” paradigm of criminal proceedings. An unfortunate few officials have convinced themselves that anyone who stands before their bench must somehow be guilty; the question is, “how guilty?”

END_OF_DOCUMENT_TOKEN_TO_BE_REPLACED

Imagine you’re in court, charged with a crime, telling a judge the facts surrounding your case that show your innocence. Now imagine a police officer taking the stand and contradicting everything you’ve just said. Who is the judge going to believe? Who would a jury believe? Overwhelmingly, in a battle of credibility, a cop is going to win most of the time.

Cops are sworn to serve and protect their communities, right? They dress sharp, they’re well-groomed, wear a shiny badge and appear completely trustworthy. On the witness stand, they are relaxed, confident, and nearly anyone is going to believe what they say.

END_OF_DOCUMENT_TOKEN_TO_BE_REPLACED

Let’s face it: If you don’t want to get pulled over by a police officer, you shouldn’t give him the finger as you’re driving by. But in case you do, he’s no longer allowed to pull you over and arrest you for that reason alone.

John Swartz was pulled over and arrested in May, 2006 when he allegedly flipped off a police officer who was using a radar gun to check the speed of passing vehicles. The officer claimed that he “thought there may have been a problem in the car” and “wanted to assure the safety of the passengers.” Swartz was later charged with the misdemeanor crime of disorderly conduct, which was later dismissed.

END_OF_DOCUMENT_TOKEN_TO_BE_REPLACED

In 2011, Elizabeth Escalona, a 23-year old mother of five, allegedly attacked 2-year old daughter Jocelyn due to potty training problems. She kicked her in stomach, beat her with a milk jug, and glued her hands to an apartment wall with super glue, according to information brought at trial.

Jocelyn suffered brain bleeding, a fractured rib, bruises, and bite marks, according to doctor’s testimony. Some skin had been torn off her hands as a result of the glue. Glue residue was found on her hands, along with paint chips from the apartment wall. The girl was left in a coma for several days following her injuries. Jocelyn and her four siblings are now living in the protective care of their grandmother.