A man in Santa Rosa who was found sleeping in his car at a gas pump allegedly backed his car up and slammed into a police vehicle, in addition to injuring a sergeant.

Just before 2:30 am, a patrol sergeant from the Santa Rosa Police Department was working the graveyard shift, and he stopped to grab a cup of coffee at a local 7-Eleven gas station and convenience store.

When he walked out of the store, he reported that he saw someone in the driver’s seat of a vehicle parked in front of one of the gas pumps. He believed the man was unconscious.

END_OF_DOCUMENT_TOKEN_TO_BE_REPLACED

Though a woman allegedly tried several antics to avoid a Christmas Eve arrest, she was ultimately unsuccessful and taken into custody.

On December 24, Whiddon was reportedly driving her vehicle through town around 4:30 am.

END_OF_DOCUMENT_TOKEN_TO_BE_REPLACED

29-year-old Donika Shaniece Mays and her boyfriend live together in Largo, Florida with their 2-year-old.

On the afternoon of July 14, Mays and her man were reportedly bickering all morning and their verbal fighting eventually allegedly turned physical.

When the man went outside he reportedly noticed that his vehicle’s tires were deflated, and he asked Mays if she knew what caused the event.

END_OF_DOCUMENT_TOKEN_TO_BE_REPLACED

A Riverside County woman is facing several charges after she was subjected to a pedestrian check which allegedly produced 14-grams of methamphetamine that the authorities believed she planned to distribute to others.

Just before 5:00 on December 4, La Quinta Special Enforcement Team deputies believed they had reason to perform a “pedestrian check” on a woman walking down a street in La Quinta, California.

After approaching her, and while interacting with the woman, identified as 29-year-old Naicia Welch from La Quinta, the law enforcement agents allegedly discovered that she was holding a substance that they believed was methamphetamine.

END_OF_DOCUMENT_TOKEN_TO_BE_REPLACED

When a Tampa woman went to the police station to turn herself in for an active warrant, she was allegedly found with many pills stuffed in the lining of her hairpiece before she was taken into the jail.

31-year-old Arayia Hudson learned that she had a warrant out for her arrest due to an alleged violation of the terms of her probation.

On July 31, Hudson went to the Pasco County jail outside of Tampa to turn herself in. When the woman arrived she was taken into the area of the facility where body searches are performed before an inmate is incarcerated.

END_OF_DOCUMENT_TOKEN_TO_BE_REPLACED

Minutes after his release from jail, a man who was lacking a ride was accused of trying to steal nearly 2 dozen vehicles in a purported effort to drive himself away from the facility.

68-year-old Dennis Libonati, who resides in Homosassa, spent a little over four months incarcerated in the Land O’Lakes Detention Center.

After he was processed out and released near 10:30 PM, Libonati exited the building and reportedly headed for the parking lot and allegedly entered an area that was only for official use and restricted from the public.

END_OF_DOCUMENT_TOKEN_TO_BE_REPLACED

While a man was being questioned about white powder purported to be cocaine he allegedly had on the nasal region of his face he was reported as telling the deputies the substance wasn’t his.

On June 9, Hillsboro County Sheriff’s Office deputies performed a traffic stop on a vehicle carrying a driver and passenger.

Upon surveying the inside of the car one of the deputies became fixated on the passenger, identified as 20-year-old Fabricio Jimenez, when she “immediately noticed” a white substance with a powder-like appearance clinging to portions of the outer rim of his nostrils.

END_OF_DOCUMENT_TOKEN_TO_BE_REPLACED

Two men are facing robbery charges after a woman who was carrying her two pedigree puppies through a Riverside mall parking lot was allegedly approached by them and assaulted before they took her dogs from her.

On July 28, just before 7:30 pm, a woman was escorting her two young English bulldogs in her arms while walking through the Hemet Valley Mall parking lot. She was reportedly approached by two men that told her to give them her dogs. When she would not comply it is purported that the men pushed the woman down to the ground and stole the puppies from her.

20-year-old Samuel Ramirez who is one of the two men that the authorities suspect was involved in the incident turned himself in at the Temecula California Highway Patrol office three days after the dogs were taken. He was placed in custody and detained for his alleged involvement and he is facing charges of robbery, conspiracy to commit a felony, and probation violation. He was released after posting a bond in the amount of $50,000 and he has a scheduled court date of September 21.

END_OF_DOCUMENT_TOKEN_TO_BE_REPLACED 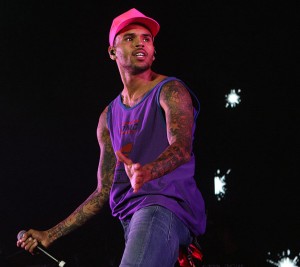 END_OF_DOCUMENT_TOKEN_TO_BE_REPLACED

Things were looking up for pop singer Chris Brown. After pleading guilty to felony domestic violence charges against fellow pop singer Rihanna in June, 2009 and agreeing, among other things to complete 180 days of community service and a 52-week batterer’s treatment program or domestic violence class, Brown appeared in court recently to show proof that he had completed his program. He was also successful in getting a restraining order against him modified to allow peaceful contact with Rihanna. Brown remained, however, on 5 years of formal probation.

That may now prove problematic.